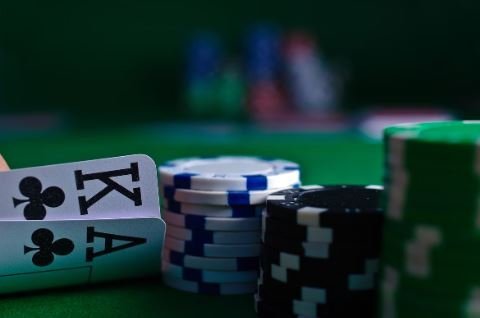 It’s often the case that gambling addictions and crime go hand in hand, with individuals finding themselves in a vicious circle from which they find it difficult to escape.  In many cases, a person in the grip of a gambling addiction will resort to criminal activity, including theft and fraud, to fund their habit – sometimes resulting in a hefty fine or prison sentence.  It was recently reported that, in the UK, police forces are failing to recognise gambling addictions when making arrests and, in this article, we’ll examine gambling related crime and the police service’s role.  You can read even more about gambling on EnergyCasino blog.

What is a gambling addiction ?

As with an addiction to drugs or alcohol, a gambling addiction occurs when a person is compelled to take part in gambling activity; even when they can’t afford it.  Gambling produces an emotional response or ‘high’ due to the possibility of a win and, problem gamblers will continuously chase that high beyond what their rational thinking is telling them.  Gambling addicts will often become extremely secretive; going to great lengths to hide their habit from friends, family and colleagues to avoid letting anybody know how much their gambling is costing.  Unfortunately, if left untreated, a gambling addiction can lead to criminal activity and, tragically, in some cases, suicide.

The long arm of the law

The UK police service hit the headlines this year when it was reported that four out of 10 police officers did not ask arrested suspects if they were suffering from a gambling addiction.  In the UK, it is standard practice for police to screen suspects for addiction in order to protect their wellbeing and, while most officers will routinely ask suspects about drug and alcohol addiction, many fail to include gambling issues.

As with any addiction, problem gamblers experience an overwhelming compulsion to take part in gambling activities which can lead to crime which may lead to an arrest.  Just like a drug or alcohol addiction, sufferers can experience withdrawal symptoms which can cause considerable distress when the individual is held in custody for any length of time.

If a problem gambler is then imprisoned for gambling related crimes, this can make the issues so much worse.  Unfortunately, whilst prohibited, gambling is nonetheless rife in most prisons, meaning that addicts have literally no escape from their demons.  When you add in the fact that there is little to no help for inmates with gambling addictions, this becomes a very serious issue indeed.  Ben Jones from Nottinghamshire says he was not asked about his gambling addiction when he was arrested for stealing £374,000 to feed his habit.  During his subsequent three year prison sentence, Ben says that there was little help available to him inside, adding, ‘They have drug recovery and alcohol recovery programmes but nothing for gambling, so the only support I could get was by going to AA (Alcohol Anonymous) because that was the only support that I could get’.

While we’re all aware that police services are consistently battling rising crime and diminishing budgets, however, many believe that, by simply asking suspects about this issue could help to make sure that they get the help that they need.  The National Police Chief’s Council has said, ‘We recognise there is still work to be done in this field and are gathering best practice from forces on early screening of gambling addicts; offering the right support and signpost to where they can seek further help.  This approach requires partnership working, as police intervention often comes at a very late stage’.

The wrong side of the law

While it’s absolutely essential that suspects are given the support that they need, it’s not only the general public that is at risk of problem gambling.  In 2015, Helston police officer, Christopher Higgs, was sentenced to a minimum of five years in prison after a gambling addiction led him to defraud four separate victims.  Over a period of three years, gained the trust of his victims in order to defraud them of over £38,000.  Using a combination of affection and threats, the officer told his victims that he had accumulated debts due to depression and needed loans to prevent him from losing his home.  While the judge branded Higgs a monster, his defense solicitor attempted to show that his addiction was a mitigating factor, stating, ‘In the background Christopher Higgs had a secret, it was not itself a particularly well hidden secret. It was his addiction.  There is no excuse for what he did. It is the reason that lay behind his shameful behavior over the years that he has offended.

While there may be no excuse for an abuse of power such as that of Christopher Higgs, this case highlights the fact that anybody can fall victim to a gambling addiction – and shows the devastating consequences of such an addiction.  In recent months, there have been a number of campaigns aimed at raising awareness of problem gambling and making more help available.  One such campaign has been launched by the parents of Lewis Keogh who took his own life at the age of 34 after his gambling addiction spiraled out of control.  Lewis’s parents, Sadie and Peter, revealed to Belfast Live that their son left a note bearing just one sentence – “Gambling is cruel. I need peace.”  Sadly, gambling addiction has the highest suicide rate of any addiction disorder and, figures show that one in five problem gamblers have attempted suicide.

While an addiction to gambling is officially classed as a mental illness, it’s not always recognised as such; possibly due to the fact that there are usually no physical symptoms as is the case with drug and alcohol addiction.  While this may be the case, problem gambling brings with it all of the same inherent risks as other addictions do.

One thing which is clear is the very real need for increased awareness and support for problem gamblers and for the police service to become more proactive in identifying addictions when making arrests – which may subsequently lead to more informed judicial decisions during court cases.  While it is, of course, important that victims of theft and fraud receive justice, it’s equally important to tackle the problem of gambling addiction in order to prevent such crimes being committed in the first place.

While this may come too late for many victims of gambling addiction, many feel that its an important step forward in recognising an issue which has a very real danger of reaching epidemic proportions across the globe.

How can people enjoy the game of poker through online mode?

Why Are Online Casinos Superior Than Brick-And-Mortar Casinos?