For some people, their pet dogs are already part of the family, and they will do anything to give their furry friends the best life possible. When they become sick, the pet parents may seek treatments that will make their dogs feel better, and this is where they may want to consider CBD oil.

Many owners discover CBD or cannabidiol oil as a supplement to help their dogs cope with ailments that they may have. Some have read anecdotal evidence that cannabidiol is particularly helpful in anxiety, insomnia, arthritis, and even hip dysplasia. Others even touted this as the new miracle medicine that does wonders with their pet dogs.

Ancient civilizations have used cannabis plants long ago to treat various kinds of illnesses. Today, researchers discovered that the cannabis plant does not only offer a psychotropic compound like THC, but it’s also abundant in CBD, which is a non-psychoactive extract. Today, many manufacturers like holistapet make sure that their products contain little to no THC and that they were specifically made for dogs. The cannabidiol extracts essentially restore balance or homeostasis into your pet’s bodies resulting in lesser pain and better appetites.

This supplement can provide relief from pain in your pet dog. The European Journal of Pharmacology published a study in 1997 that shows the endocannabinoid system present in humans and animals is deeply involved in managing pain receptors.

Today, the CBD supplement is known to have pain-killing properties because it directly interacts with the body’s endocannabinoid system. In some research, many scientists have discovered that CBD can temporarily stop the absorption of chemical anandamide, which will dampen the brain’s pain signals. You can read more about anandamide on this site.

The temporary increase of the anandamide will make the dogs feel a reduced pain sensation. Another thing is that cannabinoids are known to be an effective anti-inflammatory agent that can help with arthritis. When the inflammation and swelling are reduced, your pet dog can walk better and live its life more normally.

Perhaps one of the more popular medicinal uses of cannabidiol is its ability to control spasms, seizures, tics, and tremors. It has anticonvulsant properties, which were proven in the story of young Charlotte Figi. Charlotte is suffering from bouts of epilepsy at a young age, and she’s experiencing about 300 seizure episodes a week.

A tincture known as Charlotte’s Web made from cannabidiol-rich extracts was her only hope in stopping seizures. Nowadays, various studies are being performed to know more about CBD’s ability to control epilepsies and tremors.

Other research has also shown that both THC and CBD combined were known to manage multiple sclerosis spasticity. They can also help in the tremors that were the symptoms of Tourette’s Syndromes. The seizures were believed to be caused by the uncontrolled and rapid firing of the brain’s neurons, and CBD helps restore order and let them normally fire to prevent the onset of the tremors. 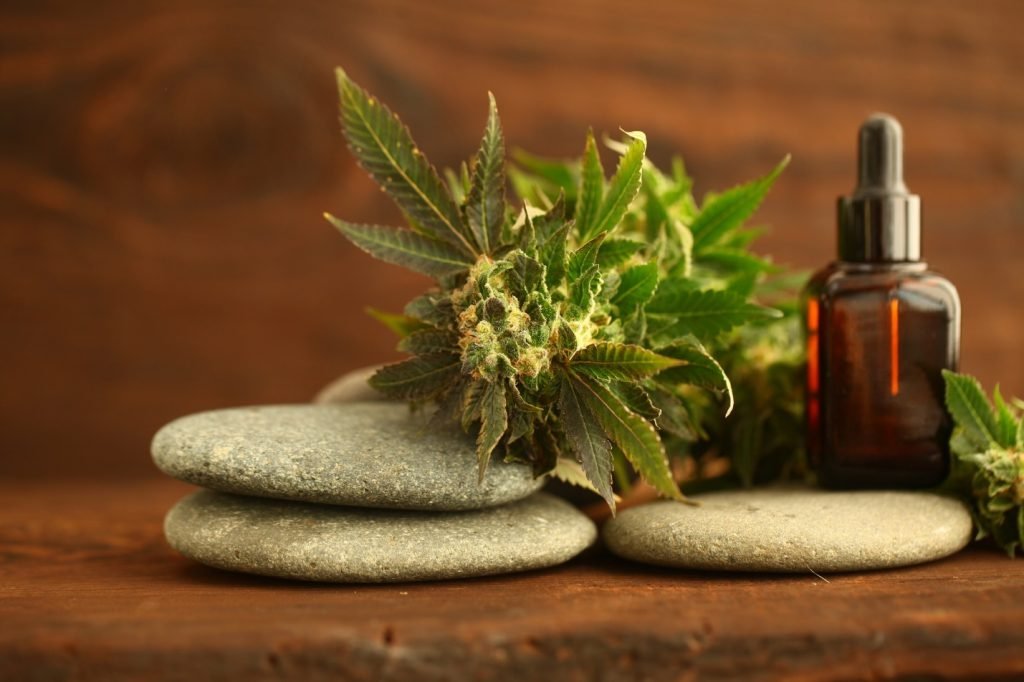 As was mentioned, cannabidiol is famous for its anti-inflammatory effects. It’s what many pet owners believe to be effective in treating various medical conditions in dogs. Read more articles about cannabidiol in this url: https://www.medicalnewstoday.com/articles/317221 .

The anti-inflammatory properties were believed to be the cannabidiol’s ability to interact with the immune cells’ receptors. In some studies, it was found out that CBD interacts with the CB2 receptors that are located inside the immune cells themselves. When these are activated, they can start various immune responses and help manage inflammation.

Medical conditions such as irritable bowel disease, multiple sclerosis, and arthritis are often characterized by severe inflammation. This may cause the immune system to malfunction, and it may begin to attack the healthier cells. With a lowered inflammation response, cannabidiol is known to reduce pain significantly, and your pet dog may get the relief that he deserves.

It’s essential to know that cannabidiol is not only dealing with your pet’s physical symptoms. They can help manage stress, anxiety, and other psychological conditions as well. Similar to what humans are experiencing, a dog may suffer from phobias, stress, or anxiety, and they may have learned these behaviors when they were young.

The source of anxiety can be different with each pet, but they will exhibit the same symptoms and physical reactions similar to humans (Human used to buy bongs online & use CBD for anxiety). Some of them may pace around, hide under the bed, be a little bit shaky, and more. Other behaviors to watch out for in your pet dog are the following:

Fortunately, CBD tinctures have been shown to reduce these feelings of anxiety, but it’s not completely clear how it does these results. Some anxiety drugs may target the body’s serotonin receptors that are known as the 5-HT1A. When these receptors are activated, they can temporarily increase the serotonin levels in the brain and enhance one’s overall mood.

Studies are suggesting that CBD can also work similarly. It may increase the serotonin levels of your dog in their brains in a temporary manner. Upon doing so, the antidepressant and anxiolytic effects are greatly improved. This will help them reduce the stress that they are feeling, and they become calmer and more relaxed even in thunderstorms. Before giving them CBD supplements for anxiety, make sure to consult with the veterinarian first to be on the safe side.

The Gains of Using CBD Oil

8 Tips To Help People Get Through The Rough Winter Season