Would it surprise you to know that mobile gaming is raking in more money than all other types of gaming combined at the moment? That’s right- more money goes to mobile games than to PC games, console games and handheld gaming (like Switch) combined. That’s an impressive feat for the newest of all the ways to play games. 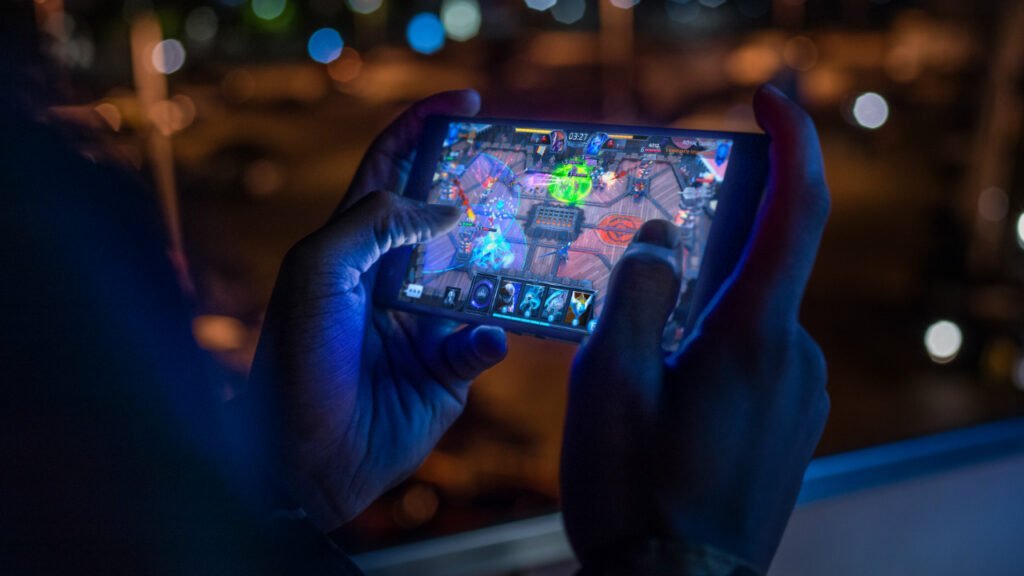 It only seems like a few years ago that the mobile gaming industry was made up of Snake and Sudoku. Not many video game developers wanted to try their hands at making games for cellphones when the software and hardware were so limited.

Nokia tried the first legitimate attempt at breaking into the cellphone gaming industry with its N-Gage. This bulky and awkward device had to be held sideways to be used as a phone, and it was really more of a gaming device than a phone. With only a few releases and a bad reputation, the N-Gage didn’t last long.

However, it wasn’t long before that device was outstripped by smartphones. Pretty soon, they were powering games even more impressive than what we saw on the N-Gage. Apple and the iPhone saw many digital gaming releases on the app store, including major video game franchises that were ported over or being developed specifically for phones.

The power of the smartphone had increased in just a few years to where it could legitimately compete with console games. There was no comparison when it came to processing power or graphics, but playability, enjoyment and gaming libraries were all there. Pretty soon, even the biggest developers and publishers wanted a piece of the mobile gaming pie.

The Rise of the Mobile Gamer

As with any development in the gaming industry, it was up to the players to make mobile gaming work. Their buying power decided what was being made and if there was even a market for mobile games. The consumer spoke with their wallets, and microtransaction games became very popular on the mobile front. These are games that were perhaps free to download initially but then charged players money to buy consumables or items to use in the game. Players were paying out to the tune of millions of dollars a month for new character skins, coins, and other digital items to keep their games going.

A lot of mobile games use a free-to-play model where they are initially free and there is no cost up front, but to keep playing or to unlock more of the game, gamers need to shell out some cash. Some of the most egregious examples of this come from licensed games like The Smurfs, which made it possible for gamers to pay hundreds of dollars just to purchase in-game currency. Many gamers gladly paid money for extremely low effort items that helped to pay for the cost of developing mobile games.

Mobile games are very easy to develop for, especially when compared to big budget console games or PC games. There is less demand from the gamers for impressive graphics or huge, open worlds since gamers know the limitations of mobile devices. They are happy to pay for gaming experiences on their phones that are very dated looking in comparison to their console counterparts simply so that they can have something to play on the go.

Simple games like online casino experience with สล็อตเว็บตรงไม่ผ่านเอเย่นต์ are increasingly popular, as they are quick to play, so gamers can enjoy them in short bursts. They are also lucrative for gaming companies, since they don’t require much work to make and can bring in a lot of money, potentially, especially if the developers can swing a celebrity endorsement or a popular license.

Mobile gaming is here to stay, and it is outstripping other forms of gaming by a long shot. Because the average person takes their smartphone with them everywhere, it makes sense that they would want to have some games to play on it. Game developers are cashing in now on the fact that everyone has a way to play games that never leaves their sight, and it’s no wonder mobile gaming is growing so quickly.

How To Win In The Gambling World?